EAGT 2019 winners, Esther and Ezekiel, to build an orphanage 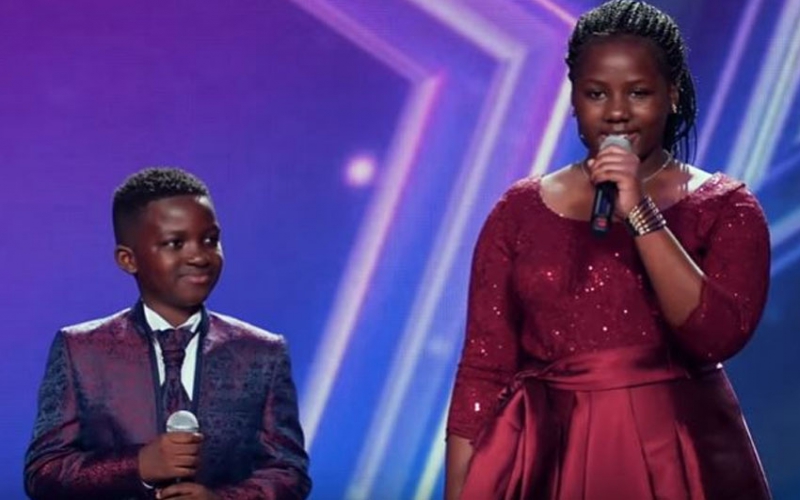 EAGT 2019 winners, Esther and Ezekiel, to build an orphanage

14-year-old Esther and 11-year-old Ezekiel, winners of East Africa’s Got Talent season 1, are planning to give back to the society by building an orphanage.

Speaking during an interview with New Vision, the duo revealed that with the guidance of their parents, they are seeking ways to offer shelter to homeless children and help nature upcoming talent.

“We are planning with our parents to build an orphanage to help homeless children. We also want to support those who are talented but don’t have money to build their talents,” said the duo.

The talented siblings were crowned winners of the 2019 East Africa’s Got Talent (EAGT) competition on Sunday, October 6, and walked away with a cash prize of Sh5 million.

According to Esther, they were not aware of the competition until their aunt saw an advertisement on Facebook urging them to record a video singing and submit it.

“It all started with our auntie. One day, she was watching a video on Facebook about an advert of East Africa’s Got Talent. We recorded a video of ourselves singing which we submitted and that is how we joined the competition.

“Oh my God! I was so frightened. I looked at the crowd and the judges when we were in Nairobi. I felt it was going to be so hard for me to pull off a good performance. However, as soon as we started singing, I gained confidence and before we even finished the song, the audience was already screaming for us,” said Esther.

The two sure did put their best foot forward as they blew the judges away with their angelic voices to emerge as the first winners of the premiere show.

Joining East Africans in congratulating the winner, Ugandan President Yoweri Museveni took to twitter to applaud the siblings for the job well done.

“My grandchildren have told me about our talented bazukulu Esther and Ezekiel, who won East African Talent competition this evening. I am told they are very good singers. I congratulate them,” tweeted President Museveni.

Robert Kyagulanyi Ssentamu alias Bobi Wine was not left behind either and expressed his admiration for the two in his congratulatory Twitter message.

“I've personally watched and followed the #EAGT show but in bits because of busy schedules and I must say I was impressed by Esther and Ezekiel. You outdid yourself and the win was indeed well deserved. You made Uganda proud,” wrote Bobi Wine.