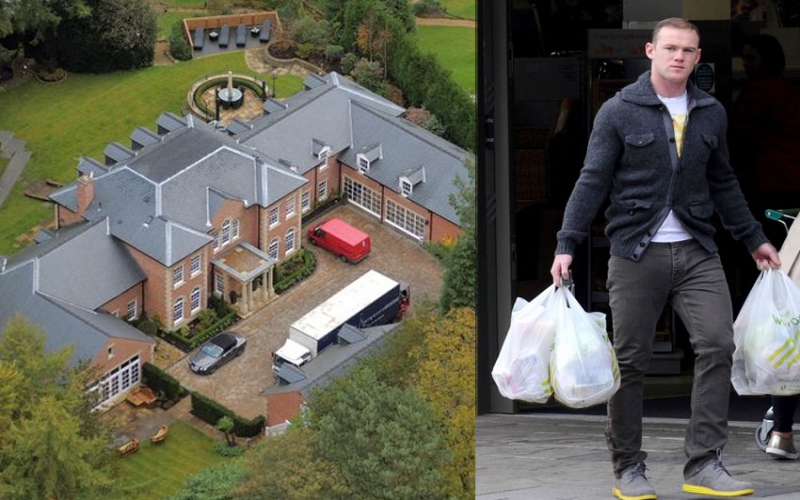 Wayne and Coleen Rooney's £20 million family home is said to be partly underwater after the UK was hit by a storm.

The home the footballer and his wife share with their four kids in Cheshire was reportedly flooded when Storm Lorenzo hit last week.

It's said the couple, who share Kai, nine, Klay, six, Kit, three, and Cass, one, were putting their finishing touches to the mansion when the storm happened.

A source told The Sun: "The house is Wayne and Coleen’s dream, so to see it being damaged has been horrible for them.

"Coleen has been hard at work with the architects and builders since she came back to the UK from America with the boys. She wants to get the place perfect for when Wayne moves back permanently from his US footie club to join them in January.

"She was called in to find the cellar had been flooded. It was really upsetting."

The insider added that while Coleen knows it's a problem that can be fixed, she's still finding it "massively stressful".

The flooding isn't the first issue the couple have faced with their home.

Earlier this year, neighbours were left upset about the size of the mansion and compared it to supermarket Morrisons.

Work on the stunning six-bedroom home has been going on for last year, but people living nearby aren't happy about it.

The sprawling mansion features a cinema room, a snooker room, a huge pool and a bar.

It also includes an outbuilding, a stable and a man-made fishing lake.

But the Rooney family have had fun poked at them after scaffolding around the property was finally taken down.

Images of the house emerged on social media with users comparing it to a Morrisons supermarket, while others likened the plot to a Travelodge hotel.

Mirror Online has contacted Wayne and Coleen's representatives for comment.