How Kenya's presidents use their ingenuity to wind down 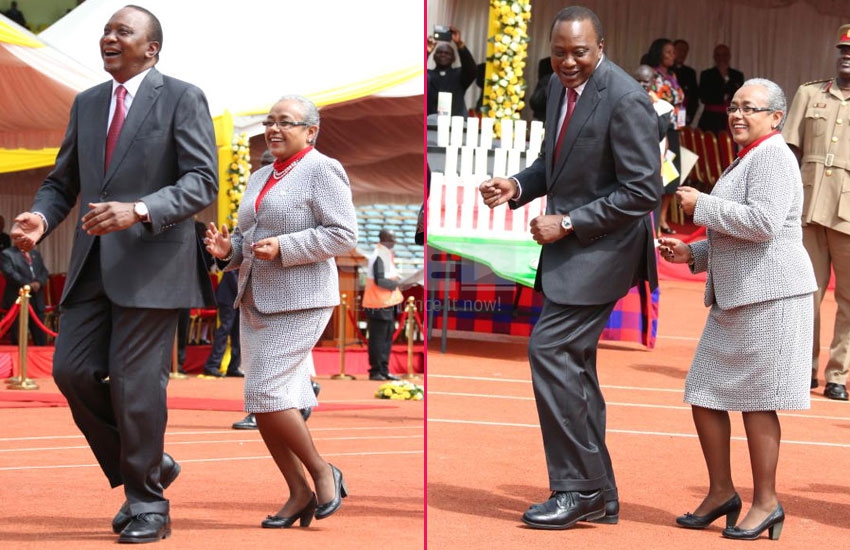 How Kenya's presidents use their ingenuity to wind down

The intricacies and headaches of running a country are not for the faint-hearted. Keeping tabs at the pulse of a nation is not an 8.00 am to 5.00 pm job.

While ordinary workers may take some break from the office to unwind and spend intimate moments with family, the question of whether Presidents ought to take leave of office lingers.

In 1995, opposition MPs demanded a statement from State House after President Daniel Arap Moi disappeared from the public’s glare for more than a week. Twenty-four years later, a hashtag #FindPresidentUhuru went viral on social media, as Kenyans queried the whereabouts of the President, two weeks after he had been seen leaving the country on official business.

Different occupants of State House have in the last six decades devised different mechanisms of letting off when the demands become too much and the going gets tougher.

The country’s supreme law does not directly address this issue, although the drafters of the Constitution halfheartedly attempted to humanise this important office.

Bobby Mkangi, a member of the Committee of Experts that drafted the 2010 Constitution, says the law provides for a President’s absence from office, although it does not specify the conditions under which he may do so or the length.

Article 147 (3) stipulates that, subject to Article 134, when the President is absent or is temporarily incapacitated, and during any other period that the President decides, the Deputy President shall act as President.

The article implies, according to Mr Mkangi, that the President may choose to take a break.

“Presidents are human. They too fall sick and they also need time off work to rest but anyone can seek redress if they are absent for lengthy periods without explanation,” he says.

The Employment Act of 2007 guarantees an annual leave for all employees, but according to the constitutional lawyer, the act may not necessarily apply to the President as his terms of service, in relation to remuneration, are guided by the Salaries and Remuneration Commission (SRC).

Article 28 of the Employment Act states that employee shall be entitled - (a) after every 12 consecutive months of service with his employer to not less than 21 working days of leave with full pay.

Surprisingly, according to the gazetted structure of State Officers Remuneration of 2017, the President is not entitled to an annual leave allowance.

This notwithstanding, there has been a tradition established by past Presidents who used their ingenuity to create time for themselves.

In her autobiography, Miss Uhuru 1963: Working for Mzee Jomo Kenyatta, the author, Elizabeth Mumbi Madoka, who was recruited as the President’s social secretary gives some insights in her book.

Despite the old man’s fright for flying, condemning his entourage to forever crawl on land in cars and trains, Mumbi offers Mombasa as the irresistible get away for the ageing and tired President.

Nakuru too offered solace to Mzee Kenyatta when he wanted to escape from the rigours of his office and hustle and bustle of the city.

When Kenyatta was in a holiday mood, a pair of shorts, an occasional floral shirt and hat, a pair of sandals and of course, his bakora, were a must in his luggage to complete the look.

This was Mzee Kenyatta’s choice of wardrobe when he was out on the shores of the Indian Ocean. He abhorred closed shoes and his sandals too, at times were a bother, and he would cast them off and stroll barefoot along the beach.

Occasionally, he would grab fistfuls of mud and sand and rub them on his eczema-afflicted foot to assuage searing pain.

“Mzee enjoyed spending time in the sea, although he was not a good swimmer,” Mrs Madoka recollected. “Mzee had a number of swimming costumes. Even when he did not go into the sea, he enjoyed the swimming pool,” she adds.

His love for swimming was passed on to his children who spent a lot of time in the pool.

According to Mrs Madoka, Mzee was always on duty, even when on holiday. “What about me? When do I ever go on leave?” President Kenyatta would retort whenever she asked for permission to go on leave. Kenyatta’s successor, President Daniel Arap Moi, was a workaholic. When he was not receiving delegations, former President Moi would occasionally retreat to the beach and take long walks.

According to former Comptroller of State House, Franklin Bett, Moi would occasionally hop onto a police boat and sail across the vast Indian Ocean, observing, keenly, how it glided through the waves with perfect precision.

He took his meals at hotel balconies, enjoying the impeccable harmony of the humming sea and the rustling leaves of the towering palm trees, ruffled and rattled by the cool evening breeze.

“He enjoyed taking his meals overlooking the ocean, letting the breeze punctuate his food,” Bett adds.

President Moi also enjoyed the company of his peers and would spend time catching up with his friends. He engaged in conversation with controversial figures, just to keep fully abreast with the happenings in the country.

All this while, he would still work, albeit lightly, with no recognisable leave. “He never missed church. On Sundays, he attended a church service at the Kongowea African Inland Church or the Anglican Church Cathedral in Mombasa and afterwards have a leisure walk, interacting with citizens,” Bett says.

President Mwai Kibaki took his leave seriously as he spent holidays with his children and grandchildren, according to former Government Spokesperson and Machakos Governor Alfred Mutua.

Just like other presidents before him, Kibaki spent his days off at the coast and patronised State House in Mombasa where he made a tradition of ushering in the New Year.

On other occasions, he would spend his time off work in a members club, reliving his golfing days with his buddies.

Whenever he is spotted donning polo or his more preferred silky paisley print shirts, President Kenyatta is most probably touring the Coast. Unlike his predecessors, Uhuru has successfully kept the public guessing on his personal business at the coast, only surfacing to preside over official functions.