Why I dont regret bleaching my skin Kisumu man 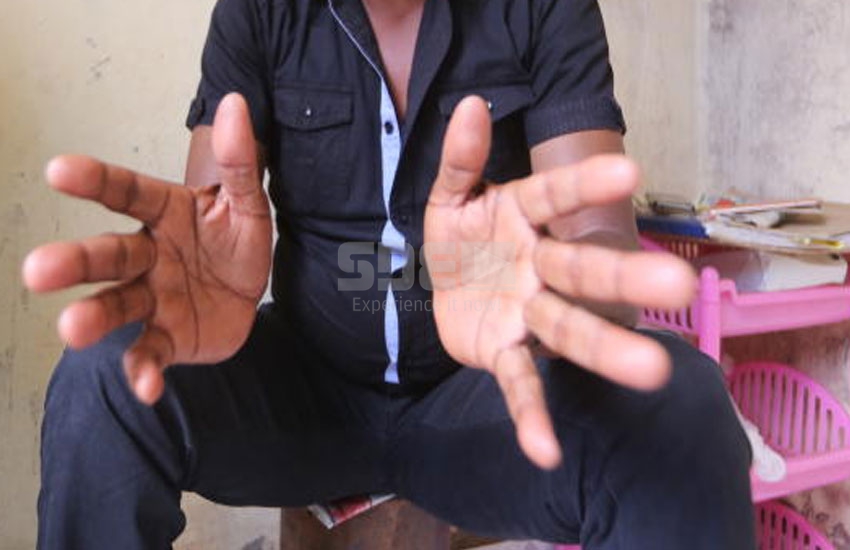 Why I dont regret bleaching my skin Kisumu man

When Johnstone Olang, 45, wakes up every morning, he ponders on how to take care of his extra light skin. He never forgets to use maxilight cream, an agent that makes his hands and face lighter than the rest of his body.

Olang has been bleaching since childhood and is not apologetic about it.

He ignores the whispers that follow when he passes. He started getting uncomfortable with his skin at the age of five. His siblings were light-skinned. When he was 10, his friend whispered about a cream that would make him look like his siblings.

“I wanted to resemble them, I felt like an outcast, never was I happy to be dark-skinned,” he says.

The former primary school teacher now in business, says his family did not criticise him for changing his complexion. The father of one says although the bleaching was done without medical assistance, he has been lucky not to experience side effects of the cream.

He says he chose maxilight cream that sells at a minimum Sh1,250, because it did not have a massive bleaching effect on him, unlike other bleaching products on the counter.

“There are those bleaching agents that people use that make them look too yellow and I avoided such,” he says. “I love ‘mafuta’, and I love the outcome that it has on me,” he adds.

Dr Peter Onderi, a psychologist, says the reason people would love to use the skin bleaching products is to impress the opposite sex.

According to Dr Caleb Kadima, a dermatologist at Jaramogi Oginga Odinga Teaching and Referral Hospital, bleached skin is a weak skin since it cannot sustain the effects of ultraviolet (UV) rays.

He says UV rays make bleached skin vulnerable to cancer and other conditions. He added that some bleached skin can be reversed while others have permanent effects.