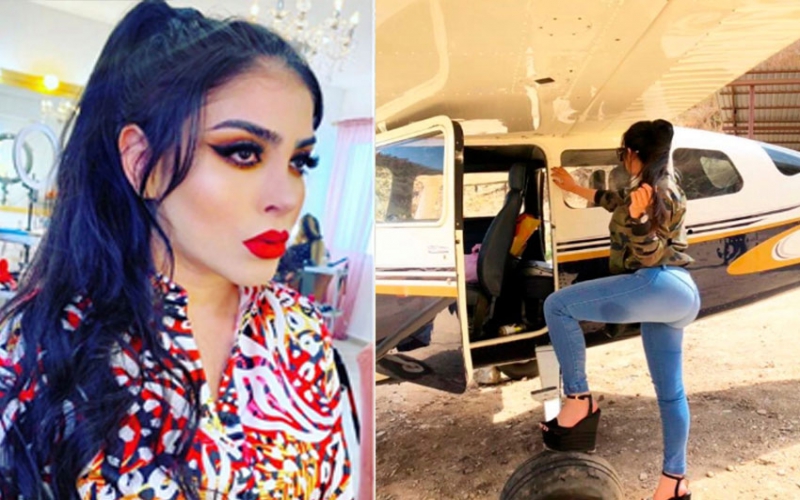 Ruthless criminals are poised to pick off killers who worked for El Chapo following the death of the ' Kim Kardashian of crime', an expert says.

Last week model Claudia Ochoa Felix - known as the Anthrax Empress - was found dead in a home in Mexico.

She is believed to be responsible for multiple killings for the drug lord's Sinaloa Cartel.

Felix, 35, was found dead in a house in Isla Musala in the city of Culiacan in the north-western Mexican state of Sinaloa.

Investigators have ruled out rival cartel members being involved, but it comes at a time when the organisation is thought to be vulnerable.

Duncan Wood, Director of the Wilson Centre's Mexico Institute, told the Daily Star: “Certainly, there is much more risk for the Sinaloa Cartel because the status quo has broken down.

“They’re going to be called upon to do a lot more work, in many ways you could say that’s an opportunity for them because they now get to prove their worth."

It is understood the group is facing a serious threat from rivals Jalisco New Generation.

Wood said: "If they were to get engaged in a very high profile conflict with the Jalisco New Generation cartel and the government decides that they’re going to go against them, that could be quite damaging.”

The drug lord, 62, was jailed for life in July after being found guilty of trafficking cocaine, heroin and marijuana.

According to local media, Felix worked as a model and was romantically linked to Jose Rodrigo Arechiga, better known as 'El Chino Antrax' ('The Chinese Anthrax'), who headed the Anthrax gang that is connected to the Sinaloa Cartel before his imprisonment.

Reports also said that she was married to a drug trafficker with the Sinaloa Cartel nicknamed 'El Chavo Felix', with whom she had three children.