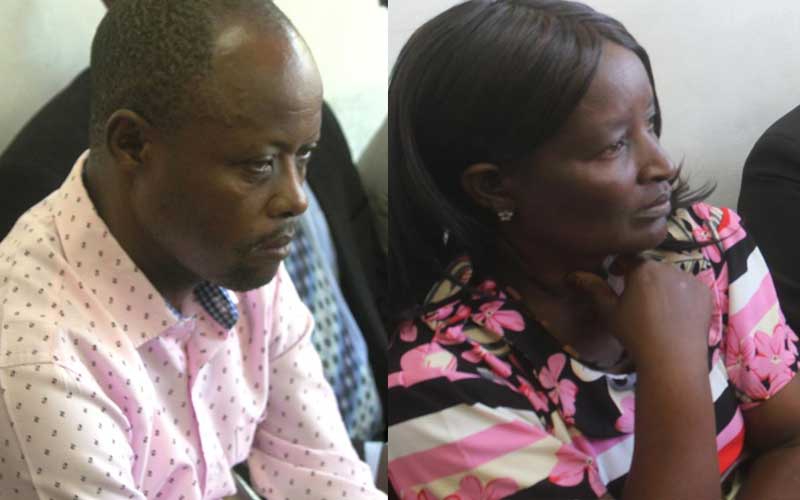 The court has allowed the dissolution of a 21-year marriage between a Mombasa based bishop and his wife on grounds of adultery, desertion and denial of conjugal rights.

“It would be unjust to compel the parties to remain together in a union where both parties have given each other their backs and no one is ready for reconciliation,” ruled Nyariki.

Bishop Elegwa filed for divorce while his wife for 21 years filed a counterclaim for a share of the matrimonial property which was disallowed.

The two who tied their knot in 1995, have three biological children now aged between 23 and 19 years and two adopted ones aged between 25 and 21 years.

In his petition, Bishop Elegwa, who ministers at Bahari Pentecostal Church in Mombasa, told the court that his wife deserted their matrimonial home in 2016 and was not willing to return.

Delivering the ruling last Friday, the magistrate said that he was satisfied that the Bishop had proved that the marriage had irretrievably broken down.

Nyariki allowed the couple to try to work it out for the very last time within the next 12 months period before the marriage is declared completely dissolved.

“We should not be 100 per cent pessimistic. No one knows what tomorrow brings,” said Nyariki.

He advised Luyali to file the issue of matrimonial property at the High Court saying it was beyond the magistrate court’s jurisdiction.

On top of desertion, Bishop Elegwa accused his wife of cruelty pointing out that there was no longer any trust or goodwill left in the marriage.

The bishop told the court efforts to reconcile with his wife through senior pastors, counsellors and elders had failed.

Elegwa said that all was well since 1995 when they married until 2014 when he went for further studies in Singapore for two years.

He testified that when he returned in 2016, his wife had changed and refused to join him at their matrimonial home in Mombasa after they attended his father’ burial in Kitale.

He said the two have not had sexual relations for more than three years.

“After I returned from Singapore I noticed she had changed. She had become rude and uncooperative and even denied me my conjugal rights,” said Elegwa.

The bishop said the communication breakdown between him and his wife had affected him and the children. He accused the wife of selling off family property in Kitale without seeking consent from him.

“She destroyed two semi-permanent houses and stores built on the said land and went away with all household equipment and personal effects,” said Elegwa.

However, Luyali argued that her husband chased her away from the matrimonial home in 2016 upon his return from Singapore. She denied that Elegwa ever tried any reconciliation with her.

“He has broken the marriage himself because he wants to marry another wife. Because of his unfaithfulness, he is willing to break the marriage without considering my welfare,” said Luyali.

She denied selling any property at their rural home in Kitale and abandoning her children and petitioned the court to divide the wealth the two acquired together as man and wife equally.

“The court should order that he surrenders half of the properties pending the hearing and determination of this application and to pay special damages for wasting my life since 1995,” said Luyali.