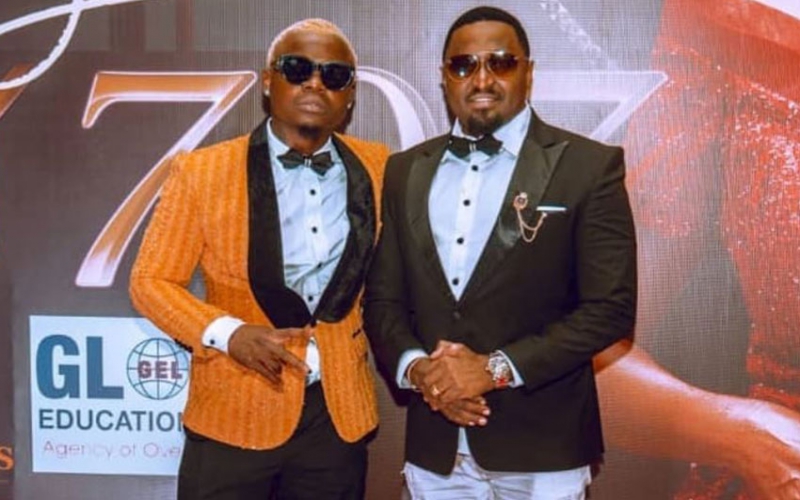 Harmonize’s new multi-millionaire manager Sebastian Ndege alias Jembe ni Jembe is not one to lie down and roll over when those he holds dear are attacked.

This came to the fore after he went for the jugular of disgruntled Tanzanian fans who attacked media personality Zamaradi Mketema for launching a media house that singer Harmonize reportedly holds a stake in.

Jembe clapped back at the 'haters' saying his compatriots should learn to support the endeavours of creatives who put their neck out in the quest for greater success.

A direct onslaught considering that Harmonize is freshly out of a contract with Wasafi Classic Baby; a label owned by his mentor, Diamond Platnumz.

A position that, according to pundits, seemingly cemented his relationship with Harmonize who was by his side a few days ago as he performed for Tanzanian President John Magufuli during the opening of a pipe factory in Dar es Salaam.

“One of the best day of my life. Humbled to meet our President of the United Republic of Tanzania, rais wa wanyonge na watanzania wote, tukiwa na Timu ya Ushindi,” posted Jembe.

During the launch of Zamaradi TV and Zamaradi FM, the singer, alongside other ‘Team Ushindi’ crew, classically showed up with a fleet of cars surrounded by over seven bodyguards.

"Congrats Zamaradi on your big TV and radio stations, everybody recognizes your will and abilities," he posted.

The launch was attended by the assistant minister of media, arts and sports.