Why Pep Guardiola's wife has returned to Spain 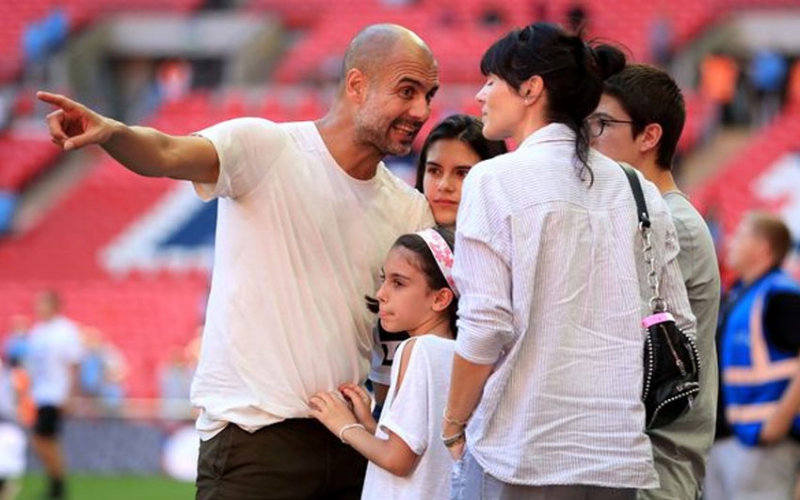 Why Pep Guardiola's wife has returned to Spain

Pep Guardiola's wife has gone back to live in Spain - but Manchester City has no fears about losing their record-breaking manager.

Sunday Mirror Sport understands that Guardiola’s spouse, Cristina, has returned to Barcelona with one of the couple’s three children to look after her business interests.

Mrs Guardiola owns a successful fashion company in Catalonia and has been managing the enterprise by commuting regularly from Manchester for the last three years.

But the plan is for her to base herself in Barcelona for the next few months before returning permanently to the luxury city-centre apartment that has become home to the Guardiola family.

The arrangement means husband Pep will take care of the couple’s other two kids - as well as masterminding his club’s bid for a third successive Premier League title and Champions League glory.

Etihad sources have confirmed that Guardiola remains fully committed to his £20million-a-year job.

The 48-year-old former Barcelona and Bayern Munich boss is in his fourth season at City and is contracted to the club until 2022 after signing an extension in May last year.

The deal was announced just days after he led the Blues to a record-breaking 100-point title triumph as well as lifting the Carabao Cup.

City then became the first club to lift a domestic treble last season by defending both trophies before adding the FA Cup to the collection.

Guardiola met his wife when she was working in her family’s exclusive clothes boutique in Barcelona.

He was playing for Barca at the time but visited the shop after being asked to do some modelling for designer Antonio Miro.

They married in May 2014 and have three children, Marius, Maria and Valentina.

Cristina Serra Guardiola is known as a style icon back in her homeland - although she shies away from the limelight and rarely gives interviews, writes Gareth Bicknell.

Pep is known as one of the most dapper dressers in football - and that's no surprise when you consider he has been with fashionista Cristina since they were teenagers.

The couple married in 2014 after having been together for more than 20 years.

Typically of Cristina - who has been said to have 'a gift for going unnoticed' - they had a low-key ceremony in their native Catalonia.

Like her husband, Cristina has a passion for fashion, poetry and photography.

Pep has previously spoken of his terror after Cristina and two of their children were at the Ariana Grande concert targeted by a suicide bomber in 2017.

She was at the concert at the Manchester Arena with their two daughters Maria and Valentina.

Pep said: "I was at home with my son, and wife and my daughters were there. In the end, we were lucky. Unfortunately, many people suffered.

“She called me, but immediately the line broke. She told me ‘something happened and we are running, I don’t know what happened,’ and the line broke.”