Mishi Dora celebrates as man who allegedly shot, run her over is paralysed 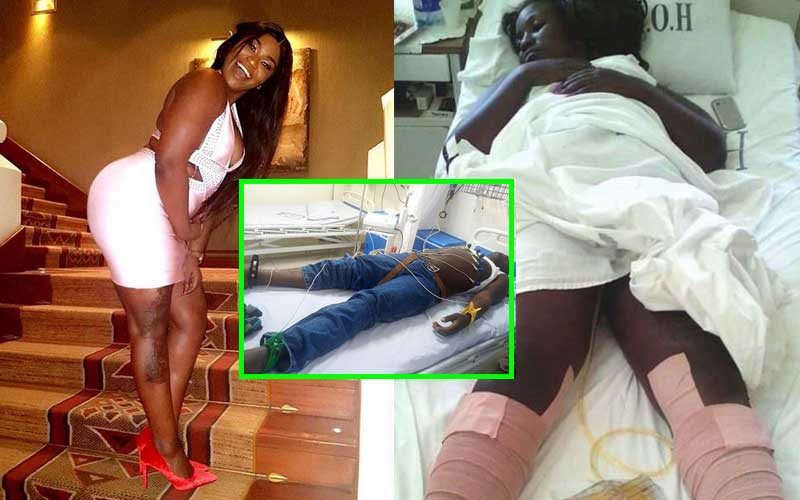 Mishi Dora celebrates as man who allegedly shot, run her over is paralysed

Nairobi Diaries actress Mishi Dora has thanked God after a man who allegedly shot and run her over was paralysed.

An exhilarated Mishi shared photos of the suspected assailant on social media, saying that karma had retaliated on her behalf after he was electrocuted, leading to paralysis.

“Karma is the most patient gangster ever. Fam, please fight your battles on your knees and leave the rest to God... This is the same guy that shot at me with his gun and run me over with his car and left me for the dead...” she wrote.

According to Mishi, her terrifying run-in with the man had left her crippled for months and she still bears the scars to date.

“I was in a wheelchair for like a year... Got crippled and have scars that haven't gone away to-date... Some are even covered in tattoos...”

The socialite claimed that despite taking the matter to court, the case had died after he bought his freedom.

“Today he is paralysed... He got electrocuted and now can't move his body... God, I thank you... Justice can be delayed but cannot be denied.... Have a good weekend sweetheart’s,” she concluded

In July, Mishi took to social media with damning accusations against the man after running into him alongside mutual friends.

“So I haven’t seen this guy for the longest time till last night… he came where I was and said hello to people and was even having a good laugh. He looked at me as if we’ve never met before. I was so scared. I was sweating and shaking all over my body.

“My heart was racing. It hurts me seeing people that I know twisting the story and mingling with the guy and even went ahead and made me the topic of discussion as they sip their whiskey. They expect me to be cool about it? No. I’m not a coward… and I’m gonna speak about it.

“I’ve tried getting this off my head for the longest time… but I keep having flashbacks and nightmares of what was done to me on that day… this man was out here to kill me… he shot at me… ran me over by a car and drove off leaving me for dead with multiple pelvic bone fractures, torn ligament and a broken left hip bone.

“He tried killing me again at the hospital and I ended up in an ICU…been to court since December 2014… but until now no justice has been served,” she wrote.