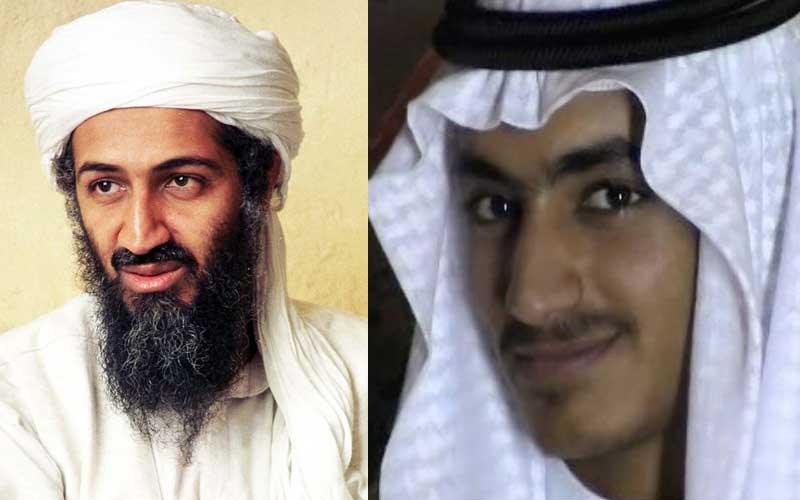 The son of Osama Bin Laden was killed in a counter-terror operation, Donald Trump has confirmed.

Last month it was reported that Hamza Bin Laden was killed in an airstrike in the Afghan-Pakistan border region.

An official statement from the White House said: "Hamza bin Ladin, the high-ranking al-Qa'ida member and son of Usama bin Ladin, was killed in a United States counterterrorism operation in the Afghanistan/Pakistan region.

"The loss of Hamza bin Ladin not only deprives al-Qa'ida of important leadership skills and the symbolic connection to his father but undermines important operational activities of the group.

"Hamza bin Ladin was responsible for planning and dealing with various terrorist groups."

Bin Laden, thought to be aged about 30, had released audio and video messages calling for attacks on the US and other countries.

The son of the al-Qaeda founder was seen as an emerging leader and had sometimes been referred to as 'the crown prince of terror'.

The exact date and time of the operation have not been disclosed.

Hamza Bin Laden was officially designated by the US as a global terrorist two years ago.

He is thought to have been born in Jeddah in Saudi Arabia before spending years with his mother in Iran.

In March 2018, in his last known public statement, he called on the people of the Arabian Peninsula to revolt. Saudi Arabia stripped him of his citizenship in March.

In August The New York Times reported it had spoken to two officials who confirmed his death and said the US had played a role in the operation "but it was not clear how".

When asked about the claims at the time, President Trump declined to comment.