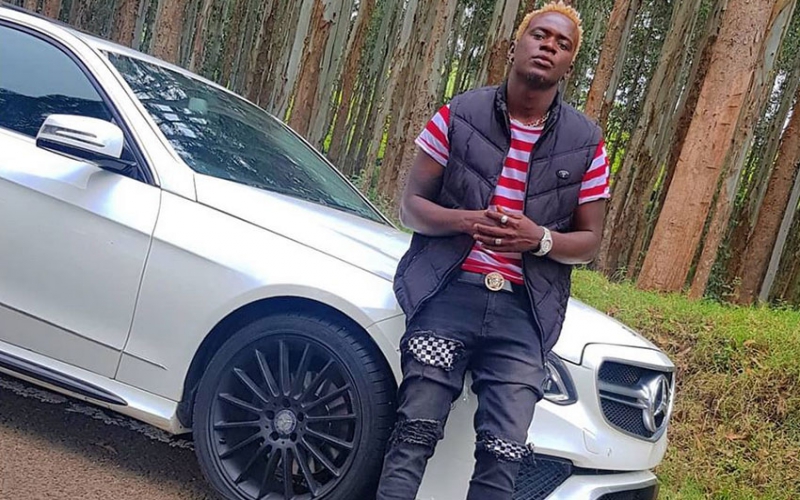 Yet again, contemporary singer Willy Paul is pushing the envelope, moving further from the guy fans knew as a gospel artiste and incorporating the twerky chura dance in his latest video Chuchuma.

In the sexually provocative dance style, a set of dancers ‘wiggle wiggle’ on a set in which he is singing from a set with a mattress.

He picks up a refrain in which he drops Huddah’s, Vera’s and Wema Sepetu’s names, similar to what he did in his Halleluyia hit with Tanzania’s Nandy.

The controversial star, arguably the most popular solo artiste in Kenya this year, got fans talking hours before he dropped the song on Wednesday by posting  unprintable words on his social media platforms in which he seemed to attack Rayvanny who had released a song with a similar beat (alongside Nora Fatehi) titled Pepeta two days before.

Did Nandy’s ex-lover not want a child with her?

Tanzanian singer Nandy has confessed that she was once happily pregnant for her former boyfriend Bill Nass.

However, in a quick twist, Nandy has said she lost the pregnancy after taking medicine he bought her.

During an interview with Times FM, the celebrated star confessed that she conceived but suffered a miscarriage days later.

“Well, I will not dwell on that but yes I was pregnant for him but I suffered a miscarriage. He brought me some medicines which I took and they led to my miscarriage," she confessed without giving details.

"I was excited about the pregnancy and of course I was hurt when I had a miscarriage," the singer said.