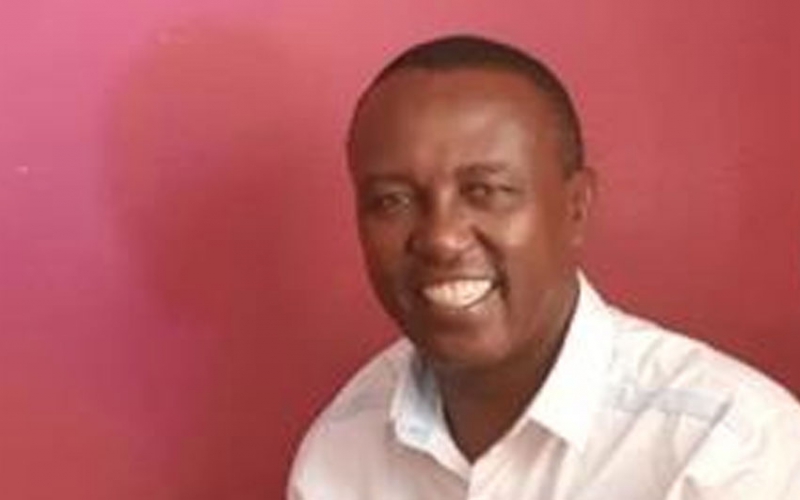 The Court of Appeal yesterday awarded a former army boss Sh6.4 million after a bizarre sack stemming from his father’s political affiliation.

In a case that puts disciplined forces top brass on the spot, it emerged that Lieutenant Colonel Benjamin Muema was forced to resign at gun point in 1993.

He was subsequently handed to flying squad officers from Pangani Police Station in a plot hatched to ensure he ended up in jail for a long time.

In case that has been in court for 18 years, Muema endured surfeit of criminal cases where he had been accused of among other things, robbery with violence.

The former pilot and instructor at the defence staff college in Karen was charged seven times and at one point, in 2000, he was remanded at Kamiti Maximum prison since robbery with violence was not a bailable offence.

The officer’s only sin was that his father Samuel Muema, now deceased joined an opposition party, Democratic Party in 1992 which infuriated his army bosses.

During the multi-party euphoria which dominated the country in that year, the senior Muema allowed his house at Mwala, Machakos County to host DP’s offices.

The officer, who had just been promoted to a Lieutenant was told that he should dissuade his father against such political moves which he did. Unfortunately, the patriarch refused.

The deceased’s turn down was his son’s downfall and humiliation that lasted seven years. In the case where Attorney General and former Major General Humprehy Njoroge and commissioner of police had been sued, the court heard that on March 24, 1993, Muema was called by one Colonel Vuvi (now deceased) and instructed that he should report to one Col Kunyiha who was the in charge of military police.

When he got to Kunyiha he found elite officers from flying squad who whisked him to Pangani Police Station. He would be shifted from one police station to another without a word for a month. On March 29, 1993, court documented that he was taken back to the defence staff college commandant who told him that he ought to resign as he was involved in crime and was soiling the Government’s good name.

The commandant flushed out a resignation letter for Muema to sign but he declined. Guns were drawn and he was given an option to either chose a pen or a bullet plus harming his family. He went for the pen.

He was then taken to then Nairobi Provincial criminal investigations officer who asked him to write a statement incriminating himself as a robber. He was told the statement would be filed in court and he would spend at least a decade in court clearing his name. To conceal the mess, his boss informed him verbally that the defence council had met and concluded that he had voluntarily retired from the armed forces. He has to date not received any formal letter from the military’s top organ indicating such.

The United States Army Aviation School in Alabama trained officer claimed that he lost his job, his wife deserted him and he could not get any job as a pilot or consultant due to the criminal cases pressed against him. The State opposed the case claiming that there was evidence to implicate Muema and have him charged in a civilian court.

However, Court of Appeal judges Roselyn Nambuye, Asike Makhandia and William Ouko found malice in the number of unsuccessful criminal cases pressed against him and an admission by an army officer who testified for the State that he had no clue of any criminal case Muema was involved in.

“The unsuccessful initiation of a large number of criminal cases based on the same facts and background leaves no doubt in our minds that there was malice, especially when no effort was made by the appellants to tender evidence in court to justify those prosecutions as the witness tendered in support of their case was categorical in oath that he was not privy to the events that led to those prosecutions and knew nothing about it,” the judges ruled yesterday.