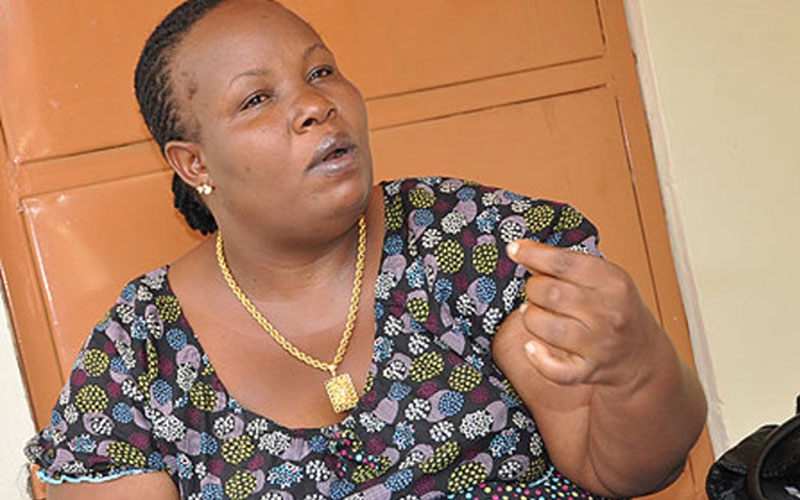 Kampala’s marathon nude show is about to come to the end with a bang! After running for a few years, the media nude season will close on a high, featuring, hold your breath, a Cabinet minister!

But it also started on a high a few years back with the first unwilling artiste being the chairperson of Uganda’s witchdoctors, otherwise politely called traditional healers, the famous Mama Fina.

A local tabloid shocked the nation when they published her nude pictures.

She ranted and chanted incantations of sorts on the editors, swearing they would strip and walk naked on the streets of Kampala, but they did not.

Then things got better with the spread of cheap smartphones – where would we be without Techno? – and publishing of nudes became easier. Over the years, many women have had their nude photos ‘leak’, an act followed by apparent devastation, which in most cases is pretentious.

The truth in most cases is that the ‘victims’ are actually behind the leaks hoping that in the ensuing sympathy, their business, usually in the performance industry, gets more public attention.

After Mama Fina, the first high profile nude leaks were of a not-so-great musician who fell out with her Nigerian boyfriend.

The Nigerian leaked the nude images, still rated the best since the year's long show started, and the singer’s ratings soared.

She released a song praising her ‘gifts’ which the public had now seen anyway and believed. After the episode, only the richest and most powerful of Kampala’s men sought to date our sister.  Then there was an unlucky, popular television news anchor. She had a fling with a workmate in an unused studio, where cameras had been strategically planted.

The workmate was in on the plot and knew where the cameras were, so never has his face seen throughout the romp. But the poor girl’s face was as clear as day, complete with all the expressions during different stages of the scene (sin?).

The video leaked and all she could do was blame photoshop and dumbly argue that the head was hers alright but the rest of the body was another person’s. The public sympathised with her mostly because she was married and well, dear hubby stood by her during the crisis for some reason. The employer could not fire her since the viewers were with her.

Others who have ‘suffered’ the release of their nudes were not as lucky as the not-so-great musician or the TV news anchor.

A famous socialite had her nude pictures leaked and she became Kampala’s laughing stock, for apparently her anatomy was nothing to write home about.

Another socialite, who happens to be married to a very wealthy foreigner, also had her nudes leaked and it was a disaster. Her anatomy was described by the women as very similar to ‘cow intestines at the butcher’s’! And so on and so forth.

Now the climax of leaking nudes is coming, and the end soon after.

This is after the minister had a bitter disagreement with some of her male colleagues, whom she claims operate like mafias and claim to be in possession of her naked pictures.

A more serious claim is that the mafia is about to assassinate her. But it is the anticipated nude photos that have caused more excitement in town.

Meanwhile, one of the powerful ministers she is accusing of trying to kill her said he would rather do other things with girls than kill them, which roused even more interest in the promised pictures.

The state being what it is, we can expect tough ‘anti-nudes’ action when the minister’s pictures hit the Internet.