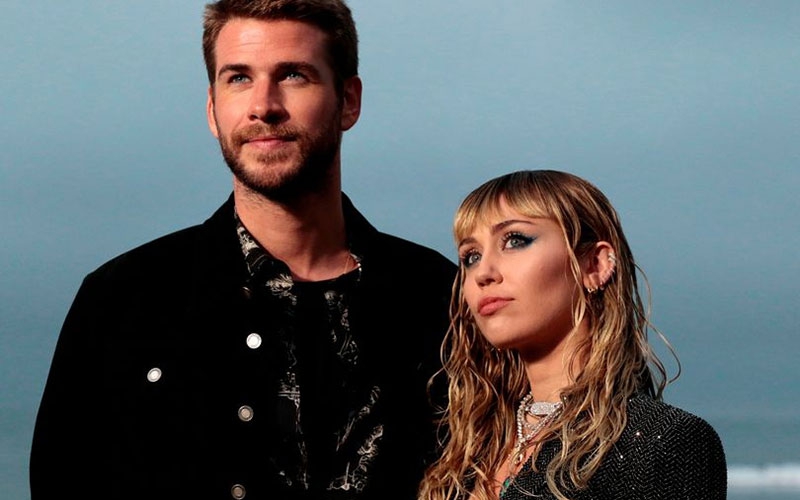 Liam Hemsworth has filed for divorce from Miley Cyrus, according to US reports.

Sources close to the couple tell the site that they had a prenuptial, meaning their earnings during the marriage are separate.

That means there won't be any fighting over money.

Miley and Liam announced their separation on August 10.

A spokesperson for Miley told People: "Liam and Miley have agreed to separate at this time.

"Ever-evolving, changing as partners and individuals, they have decided this is what’s best while they both focus on themselves and careers.

"They still remain dedicated parents to all of the animals they share while lovingly taking this time apart.

Not long after that, Miley was pictured kissing friend Kaitlynn Carter in Lake Como.

Kaitlynn had recently split from her husband, The Hills star Brody Jenner.

Miley and Liam tied the knot in December in a stunning low-key ceremony, 10 years after they met on the set of the movie The Last Song.

The Hunger Games star escaped to Australia to spend time with his older brother Chris when the news emerged.

He later explained how he felt about Miley.

Sharing a stunning picture of a peaceful beach at sunset, Liam said: "Hi all

"Just a quick note to say that Miley and I have recently separated and I wish her nothing but health and happiness going forward.

"This is a private matter and I have not made, nor will I be making, any comments to any journalists or media outlets. Any reported quotes attributed to me are false. Peace and Love."

After the split, Miley took to Instagram to tell her fans that "change is inevitable".

Sharing two stunning snaps of herself posing up at the top of a mountain, she said: "Don’t fight evolution, because you will never win. Like the mountain I am standing on top of, which was once underwater, connected with Africa, change is inevitable.”

Mirror Online has contacted Miley and Liam's representatives for comment.